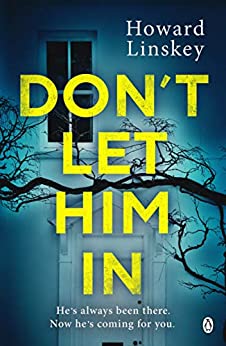 Synopsis: Eriston is a small town.  Where everyone knows your name – and your secrets. Rebecca hasn’t been back in years, but she grew up in the shadow of a dark local legend: the countless unexplained deaths.

Her father Sean had always warned her of the dangers. And when Rebecca returns, she discovers that her father wasn’t willing to let the legend lie.

He was on the verge of uncovering the town’s darkest truth. He thought he was on the trail of a killer. Sean knew too much. Now he’s dead.

My Review: I am a huge fan of Howard Linskey and was looking forward to getting my teeth into a new book by him. This latest release features Rebecca as our main character. She has returned to her hometown of Eriston where she hasnt been in years following the death of her father. As Rebecca returns to her home town no sooner has she set foot in the first place as the reader you just know this town has something going on.  It has an element of creepiness about it that I just couldn’t put my finger on. As Rebecca starts to arrange things such as her Dads funeral she is dragged into something she had no idea was going on. Not only are women beingmurdered in the town but Rebecca is now questioning her own Fathers death.

She meets up with her ex-boyfriend Alan as well as meeting the local policeman who seems to be investigating the murders in his own time. Although this took a little time to gather momentuim it was a really enjoyable book to read and I will as always look forwardto the next release.