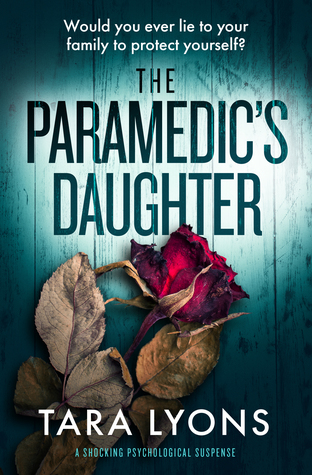 Synopsis: Paramedic Abi Quinn is hailed as a hero by the patients she saves with the London Ambulance Service; but a secret she’s kept since she was a teenager now threatens to shatter that perfect illusion.
When her daughter Rose goes missing while studying at Brighton university, and ghosts from her past return to haunt her, Abi’s caught in a race against time to untangle the web of lies she set in motion over twenty years ago.

Everyone has something to lose.
Everyone is trying to protect themselves.
Everyone is broken.
But what lengths will they go to in order to stop the truth from being exposed?

My Review: Woahh okay I kind of didn’t expect this book to be what it was…so let me explain. So Tara is somebody I met a few years ago and we talked about her book she had released etc. However we also became firm friends and I can tell you now for a fact I have at various points on reading a book of hers actually picked up my phone and messaged her to say I hated something. She knows I will never write a fake review and will always be completely honest about it so I am going to try and do both. What happened was, I began to read her series of books featuring DI Hamilton, I started out liking them (not loving them) but her latest release with Denis Hamilton was awesome and a smashing 5 star read. When I picked this up I assumed it was another in the series. I was wrong, but a few chapters in realised I actually didn’t want to stop reading. However, there were things I didn’t like about the book but I still had that overwhelming urge to continue.

I read quite a few chapters the first time around and then the next time I picked it up, well… I finished it in one sitting. On one hand this was a TRUE psychological thriller and on the other there were things I just couldn’t gel with. Even after having negatives about this book I absolutely refuse to give it anything other than the full 5 out of 5. I didn’t want to put the thing down and was totally and utterly absorbed in the story line. My main gripe was the lead character Abi, I just didn’t like her. She felt a bit too much like a neurotic Mother for my liking. However, even though I didn’t like her it was pretty clear there were quite a few sinister things going on from the very early stages of the book.

Her daughter Rose appears to have gone missing and it becomes apparent that Abi’s own secrets may well have played a part in her disappearance. The first quarter of the book was a little slow as it felt a little bit like listening to a Mother harping on about her child constantly, but the last three quarters literally took my breath away. Just when I thought the story couldn’t get any better I reached the last chapter….and all I can say is I was a little in shock! An absolute belter of a book that is a must read for psychological thriller fans!