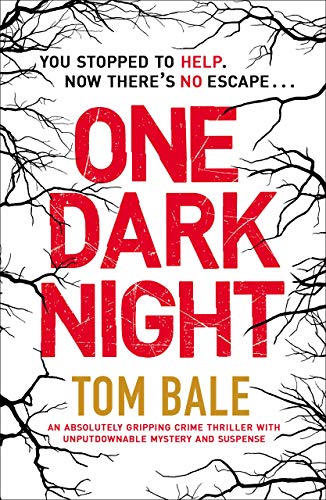 Synopsis: He sees his wife’s eyes watching him in the rear-view mirror, the kids up on their knees to get a better look. That’s when he hears the scream…

You’re driving home from a family outing one afternoon, when a speeding car cuts you up, nearly causing you to crash. Like anyone would, you pull over to confront the driver.

But a glance into the backseat of the speeding car reveals a woman fighting to escape. She is terrified and she’s screaming for your help: these men have murdered her husband…

What would you do?

Kat’s Review: My rating probably won’t be that popular among Tom Bale fans, but I myself have loved all of Tom’s previous books and just didn’t think this one met up to those. The synopsis seems to have it all and with a story that could seemingly happen to anyone, I was eager to get reading.

The beginning of the book was absolutely brilliant with a scenario that many people could find themselves ion and what was seemingly a driver making his point to somebody who ran him off the road. However for Adam and his wife Katie along with their two kids, a normal scenario suddenly turns into their worst nightmare. I found myself speeding through the first part as Adam and his wife Katy along with his children are separated and the terror and fear comes across the pages like nobody’s business. Then, well it just seems to kind of fizzle out.

I didn’t connect to any of the characters, and frankly they just irritated me. There seemed to be an underlying secret to practically every conversation between Adam and Katy and that grated after a while. I don’t want to go into the whole story line which could potentially contain spoilers for people that haven’t read it, but as the book progressed there were far too many situations that arose that seemed more and more unrealistic as the book progressed. I have read Tom’s other books and really liked them, but for me this one fell flat. A wonderfully promising start, let down by a weak middle, a lack lustre ending and frankly a very odd title (NO clue why that title was chosen).