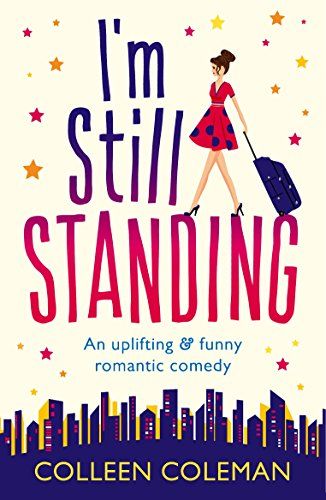 Synopsis: When Evelyn Dooley married her high-school sweetheart, James, she thought she was set for life. Now she’s twenty-eight, single, and fleeing to Dublin from her hometown to avoid the gossip surrounding their break-up. And all because of a test-your-relationship board game.

This was not in her five-year plan.

Then a chance encounter with gorgeous musician Danny leads to an unlikely friendship, and soon the pair are running music nights together in one of the oldest pubs in Dublin. For the first time Evelyn is following her dreams rather than someone else’s – and sparks are beginning to fly between her and Danny…

But when her savings run out and home beckons, Evelyn has to choose. The safe, comfortable life she left behind, or a new adventure with Danny? Will Evelyn flee back to the familiarity of her ex, or reach for the stars and take a leap into the unknown?

Kat’s Review: This author was recommended to me by the lovely Shell Baker and as she knows my taste I decided to buy it and give it a go and I’m so pleased I did. Evelyn Dooley is the star of this show and we start by seeing her and her husband James attending marriage counselling and it becomes pretty clear pretty quickly that it just isn’t working. What follows is Evelyn taking the ‘Bull by the horns’ and taking a huge chance and relocating to Dublin to live with her sister.

I liked Evelyn and you cannot help but want her to do well as it seems she is literally starting from scratch all over again. So she takes the plunge and tries to get herself a job as a teacher as that is all she has done since she left school. However, she quickly realises that School Teachers aren’t needed at that time and she becomes aware that she must get a job…any job!

Luckily for her she stumbles across a guy named Danny and a local pub and that is where the story really begins to take place. I also liked Danny, but I also liked Tara (Evelyn’s sister) and Ruby, the young granddaughter of Evelyn’s Landlady.The characters were definitely what made this story for me, so much so that I read it in just one day over 2 sittings. Having said that I did have one small gripe and that was that for some reason I felt that some parts of the story had the descriptive element missed out. To give you an example, Evelyn and Danny are talking in Danny’s room, but there had been no mention of his house, his room, where he lived prior to that…nada. Now I know that sounds like an odd criticism but there were a few occasions throughout the book where I felt there was a chapter or two missing (if that makes sense). That small critique aside it was a thoroughly enjoyable book and certainly an author I will be reading in the future.