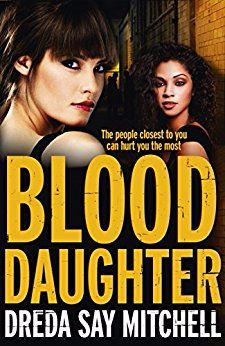 Synopsis: They say blood is thicker than water.
That’s not going to stop it being spilled.

Life hasn’t been easy for the Miller family. Finally, mum Babs has had one bit of luck. She plans to share the profits with her daughters. She thought they’d be pleased…

But money always causes trouble, especially when it’s desperately needed. Jen wants to make a better life for her kids. Tiff owes a lot of bad men a lot of money. And Dee is worried that her husband is getting back into the criminal life.

As the sisters fall out, a gold bullion heist brings more opportunities – and many more dangers. None of them are giving up without a fight…

Kat’s Review: I knew that the end to this trilogy was going to be good, however I didn’t realise just HOW good it would be!

First off this is part of a trilogy, could you read as a standalone? Well yes, but I absolutely don’t see the point. I think what makes this last part of the trilogy so good is the conclusion. Books one gives us perspectives of sisters Tiff and Jen Miller, and book 2 takes you back 40 years and we see their Mother Babs Miller take center stage. Book 3 is the culmination of all that has gone on in the previous 2 books and is every bit as brilliant as I thought it would be. We see all the characters make a return each with their own thread to the story. Babs, the two girls Jen and Tiff as well as half -sister Dee are all back with a bang as well as other characters that are just as important including Kieran Scott, John Black and Flo.

It seems from the very beginning of this book that each character has their own agenda. Not only that, but DSM has created characters that just jump out of the page at you. These women are feisty, scared if nothing and every bit as cunning as a man could be. When Babs announces she has property which she wants to use to help all her kids, it doesn’t have quite the desired effect and instead seems to be the catalyst for World War 3. There was one element of the story I didn’t see coming and initially wondered if the author had made a huge mistake, but on reflection it was totally the right move.

The book doesn’t let up and once you start it’s like a freight train and it’s extremely hard to jump off! There are a huge number of bombshells dropped throughout the story and before I knew it I was nearing the final leg. What I loved about this last part of the trilogy especially was the all-out war, and the battle for all the women to try and come together once again. By the time I got to the end I was gutted the read was over and if I’m 100% honest would happily read all about the Millers again. Why? Well for a start the last chapter was brilliant and frankly it wasn’t what I was expecting. Also there are a new generation of Millers that have huge potential for being part of a newer set of books that I think would be hugely entertaining.

I have always been a huge fan of Dreda’s and must say I always thought the Gangster Girl books were great, however having read this trilogy and now having finished this latest book I feel like the Miller books have taken precedence. For all the Kimberley Chambers, Jessie Keane and Mandasue Heller fans out there, do yourself a favour and buy the trilogy…I promise…you won’t regret it!