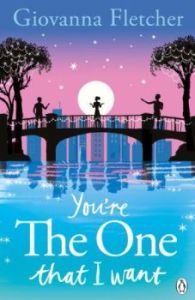 Synopsis: Maddy, dressed in white, stands at the back of the church. At the end of the aisle is Rob – the man she’s about to marry. Next to Rob is Ben – best man and the best friend any two people ever had.

And that’s the problem.

Because if it wasn’t Rob waiting for her at the altar, there’s a strong chance it would be Ben. Loyal and sensitive Ben has always kept his feelings to himself, but if he turned round and told Maddy she was making a mistake, would she listen? And would he be right?

Best friends since childhood, Maddy, Ben and Rob thought their bond was unbreakable. But love changes everything. Maddy has a choice to make but will she choose wisely? Her heart, and the hearts of the two best men she knows, depend on it…

Kat’s Review: I have really loved all of Giovanna’s previous books and decided that I would give this one a try as it was sat on my unread pile of books. The book opens with Maddy as she walks down the aisle towards her future groom. We then take a huge step back to Maddy as a young child. The story revolves around her lifelong friendship with Ben and Robert. The story switches characters between chapters as we see the three friends start their blossoming friendship as young children. I loved the early days as we see them go from young children to teenagers.

What starts as a friendship becomes much more than that as we see Maddy, Ben and Robert fall in love. Yes you read that correctly. Maddy dates Robert and life seems perfect. With Robert at one side of her and hers and Roberts other best friend Ben at their side they have the world at their feet. As the story progresses we see Ben with his unflinching loyalty to his two friends suppress his real feelings about Maddy. The journey we are taken on is certainly one that captured me, however I wasn’t really sure where I stood with what Maddy should do. Maybe that was part of this story that is meant to drag you in. Real life isn’t as simple or cut and dried as it seems.

I certainly read the book quickly enough and I certainly enjoyed it. However in all honesty had the ending not been so surprising and brilliant I may have given it the middle of the road 3/5 rating. With the ending written as it was, I enjoyed it and felt like we had taken the complete journey with these three characters. As ever Fletcher’s wring flows beautifully and is easy to fall into, however it’s not quite as good as some of her other books I have read. I will still asd ever immensley look forward to any of her new releases.