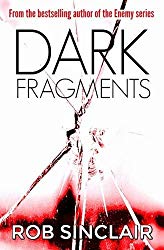 Outwardly, Ben Stephens appears to be a normal, hard-working family man. In reality, his life has been in turmoil since the murder of his wife, Alice, seven years ago. The killer was never caught.

Now re-married – to the woman he was having an affair with while still married to Alice – Ben’s life is once again spiralling out of control, and he’s become heavily indebted to an unscrupulous criminal who is baying for Ben’s blood.

When Ben’s estranged twin sister, a police detective, unexpectedly returns to his life, asking too many questions for comfort, it becomes clear that without action, Ben’s life will soon reach a crisis point from which there will be no return.

In order to avoid falling further into the mire, Ben must examine the past if he is to survive the present – but just how much pressure can one man take before he breaks?

Kat’s Review: I was a little undecided about this book but have decided 4/5 is a deserved rating. In this stand alone book we meet Ben Stephens whose life seems top be on an extremely hard and fast path downward. The reason I originally said I wasn’t sure about the rating was the leas character himself. At time I couldn’t feel anythimng than irritation at this man who seems pitiful at times. That aside, the book was written with a great pace and an easy flow to the writing. Once I was quite a few chapters in although Ben irritated me less the decisions he made were ones that made me want to thump him…quite hard!

Ben’s wife was murdered and although he has moved on with his life and children his new wife Gemma is unforgiving when his bad decisions affect them as a family. Ben is involved with some shady characters and as the chapters unfold we get to understand more and more about why he has got to where he is now. Sadly, he just makes even worse decisions and thing progress quickly and not in a good way. As Ben weaves himself into more and more trouble the plot picks up a little pace.

As a stand alone this wasn’t too shabby at all, but my lack of empathy for Ben made me feel a bit ore distanced from the story than I normally would. Even though it was a bit of a stumbling book this was ultimately a good read and I will certainly be reading more of Rob’s stuff in the future.