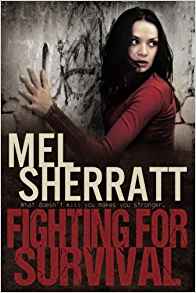 Synopsis: When Caren Williams finds herself back on the estate she fought so hard to get away from, little does she realise she’ll be living opposite her arch-enemy, Gina Bradley. Gina thinks she and her family rule Stanley Avenue so when Caren starts to become popular, she decides to hit her where it will hurt the most – she wants her husband. Lonely and depressed, Ruth Millington turns to drinking and self-harm to get her through the dark times but finds it’s a constant struggle. Spiralling out of control, maybe she should let Gina’s husband help her out when he comes calling. Twins, Rachel and Claire Bradley, took control of the girl-gang, the Mitchell Mob, when their leader was sent to a juvenile detention centre for assault. But Stacey Hunter is out now and wants to hold the position again. No one will back down – let battle commence. Brawling in the street, fighting on the square and conforming to peer pressure – it all comes down to holding your nerve. But this time not everyone will stay alive on the notorious Stanley Avenue…

Kat’s Review: I’ve read nearly all of Mel Sherratt’s books and there aren’t many I don’t like. However this one was different…because this one I LOVED! Back on the Mitchell Estate we get taken on a trip with three women who are the focus of the story. Caren Williams has had to moce back to the Estate following the loss of their house. Sadly for her and her husband John they end up living opposite Gina Bradley, a girl she knew from her school days. In addition to Caren and Gina there is Ruth Millington who is becoming a self-harmer in the wake of her husband’s death. Stick these three women and their family in the middle; chuck Josie Mellor the housing officer in the mix and you have a very explosive storyline.

From the very beginning I loved this book. With its easy narrative and descriptive chapters I could just imagine being in the thick of this estate with somebody like Gina for a neighbour. The characters all play a major part in the story, although Ruth is seen a lot less than Gina and Caren. Each woman has their place and they certainly pack a punch in terms of what is going on in their lives. Gina’s twin girls also get involved in some seemingly childish behaviour which soon escalates. There is so much going on in this story it’s hard to elaborate without spoiling it. What I will say is that you are totally captured with the lives of these women and their family. There were times I wanted to scream at them all and other times I just felt nothing but empathy for them.

Having become a bit of a fan of Mel Sherratt’s Ali Shenton series, The Estate Series of books kind of slipped from memory. After reading this book I couldn’t fathom why I had missed this book. With the upcoming release of book 4 (due end of October, Written In The Scars) I wanted to be up to date. When I had raced through this book I was so eager to get going on book 4 when I realised that I hadn’t read book 2. Feeling very stupid for missing it, but I certainly know what tomorrow’s reading will look like. This was a thoroughly gritty and absorbing book that I didn’t want to put down. Now if you will all excuse me…I have some more Mel Sherratt catching up to do!

One thought on “Fighting For Survival by Mel Sherratt (Estate #3)”