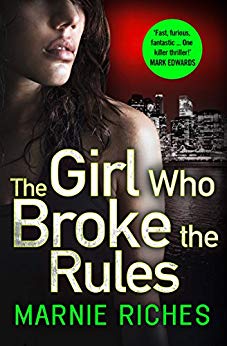 Synopsis: When the mutilated bodies of two sex-workers are found in Amsterdam, Chief Inspector van den Bergen must find a brutal murderer before the red-light-district erupts into panic.

Georgina McKenzie is conducting research into pornography among the UK’s most violent sex-offenders but once van den Bergen calls on her criminology expertise, she is only too happy to come running.

The rising death toll forces George and van den Bergen to navigate the labyrinthine worlds of Soho strip-club sleaze and trans-national human trafficking. And with the case growing ever more complicated, George must walk the halls of Broadmoor psychiatric hospital, seeking advice from the brilliant serial murderer, Dr. Silas Holm…

Kat’s Review: George McKenzie is back, and this time she is flitting between London and Amsterdam. We also see the return of Chief Inspector Paul van den Bergen. The actual storyline was very engaging and I found myself falling into the storyline very quickly. As usual George is being pulled in different directions and its clear from the outset that her current personal set up isn’t all that great.

With the request from Van den Berg for her to help him with his current case everything else get moved down the list of importance. Paul starts a murder investigation which quickly escalates into so much more. In addition to this we see George interviewing convicted sex offender as research for her studies. Her conversations with the offender for some reason gave me the heeby jeebies. I think that’s always a sign that the writer is ‘getting it right’. The pace picks up as the book moves on keeps at a steady pace inching up as the ending nears.

There is plenty of action, drama along with moments where I thought I knew who was doing what, but no I was wrong. The book certainly touches on issues involving the sex industry and at times is unsettling. There is a gritty realism to her books which I love and I was absorbed right up until the end. The only thing for me that was lacking was my ability to like  George more than I do. Paul is a great character and although not without his issues is incredibly likeable. It’s just a shame that I don’t feel like that about George, however this may be because she is written as such a brash character due to her tendency to self-protect.

I really enjoyed this book and am certainly looking forward to reading what happens next. Luckily there isn’t too long to wait with the third part being released in October 2015 entitled ‘The Girl Who Walked in The Shadows’. I would certainly recommend this although it’s probably an idea to read the books in order.