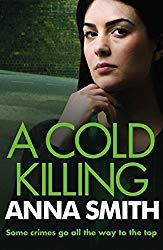 Synopsis: Crime reporter Rosie Gilmour returns from hiding in Bosnia to a story of a brutal execution. University lecturer Tom Mahoney was shot at point blank range, the killing has all the signs of a hit. But who would want to kill a retired lecturer? Rosie throws herself into the investigation, looking for a witness that has gone missing. A witness that might hold the key to the story. But she has her own reasons to stay hidden. As Rosie digs deeper, she finds the story has connections to the Ministry of Defence and MI6 and Mahoney’s past is darker than anyone could imagine. Rosie’s running out of time to find out the truth, before Mahoney’s killers silence her for good.

My Review: Rosie Gilmour is something of a compelling series. Maybe it’s because she isn’t a copper? Maybe it’s because she is just a darn interesting character, who knows the exact reasoning but whatever it is, it draws me back to each new book in the series. Rosie Gilmour is a journalist that takes far too many risks just to scoop the story. This is book 5 in the series and after Rosie’s last escapade I was expecting it to be quieter and for Rosie to take less risky escapades. Not sure why I thought that and as usual Rosie has only just got herself back on safe ground when a new story breaks that piques hers and her boss Micks interest.

The shooting of a University lecturer at point blank range is what gets Rosie’s knickers in a twist this time and the victim Tom Mahoney is a seemingly mild mannered retired lecturer. Rosie’s instincts know this isn’t straightforward. I was pleased to see that Rosie’s colleague Matt returns (albeit briefly) as well as Adrian to help her out and follow leads. As usual Rosie’s leads are always fraught with danger and you end up holding your breath when she gets herself cornered in certain situations. There is a change in tack with the type of story Rosie follows but it made the book no less thrilling.

I swear to God I spend half the time when reading a Rosie book waiting for her to get killed, and the other half trying to work out how on earth she will get the answers she is looking for. We see all sorts of murky secrets uncovered and towards the end I still wasn’t sure whether the good guys were actually bad guys or what! Another great read which will have you turning the pages late into the night. I think maybe the reason this series is so popular is down to the tough character of Rosie, combined with varying themes that she works on. I guess Anna’s real life journalist experience helps her keep her books feeling very different without losing the main threads of the characters. Highly recommended!