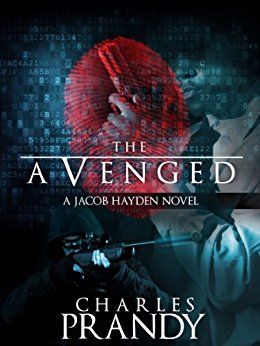 Synopsis: Jacob Hayden is a homicide detective with the D.C. Police Department. His life is as great as it’s ever been. He’s married to a beautiful woman and works in a career that he loves. All of that changes when he’s assigned to the murder of Melvin Johnson, a seventeen year-old who was shot in the streets of D.C. Upon arrival, the murder scene looks like the typical drug deal gone wrong, however the clues tell a different story.

A calculating sniper sits on top of a building in D.C. His rifle is aimed towards Dupont Circle’s park. Through his scope he sees people walk by. His finger rests on the trigger, just waiting for the right moment. When he’s ready, he takes in a deep breath, steadies his aim, and squeezes the trigger.

Frank Peters is a nearly retired Superior Court judge with a hot temper. From the outside looking in, Frank Peters appears to be as clean cut as they come. However, when a business associate is murdered, everything about Frank Peters will come into question, which only brings out his rage. The last thing you want to do is be on Judge Peter’s bad side.

Follow Jacob Hayden’s investigations and see how the Sniper and the Judge are linked to an underground operation that ultimately changes Jacob Hayden’s life forever.

My Review: I liked the synopsis and was looking forward to reading Charles Prandy’s debut novel featuring Detective Jacob Hayden. I must say that the story starts off pretty fast paced and it didn’t take me long to like Hayden. He’s a solid cop with a great career and home life. However, as most fictional Detectives know, that status doesn’t normally last long and the same must be said for Jacob.

The chapters are short and sharp and I couldn’t help drawing comparisons with James Patterson’s Alex Cross series. I can only assume that Prandy has been heavily influenced by these sorts of books. That said, he has also delivered an incredibly good book. It only took me a day to finish and I instantly went on to purchase the second book in the series (both of which were under £1 on Kindle). Hayden is likeable, the story and plot involving what starts out as a simple murder, turns into something much more complex and had various elements which adds to the suspense.

Characters that heavily feature in the story such as Judge Frank Peter’s were sometimes verging on the clichéd, but it certainly didn’t detract from my enjoyment of the story. There were certain elements which were a little too close to the ‘far fetched’ side of the line, but again it’s Prandy’s debut and I can only see his books improving over time. Although the story and characters are nothing new, there is a certain likeability factor here and the writing also kept me focused and attentive. I think a solid 4 out of 5 is deserved for this book and think the majority of people will really like it. All in all, I really enjoyed this and think it won’t take long for Prandy to gain quite a big following. I can only hope that he continues with a good series and doesn’t become too predictable. This book is certainly for fans of the Patterson type of book and for the price it’s a bargain as well.