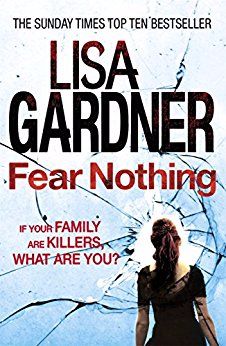 Synopsis: My name is Dr Adeline Glen. Due to a genetic condition I can’t feel pain.

All Boston Detective D.D. Warren remembers is walking the crime scene. Next, a creaking floorboard, a voice in her ear… Now D.D. is seriously injured and unable to return to work.

My sister is Shana Day, a notorious child murderer. She has killed more people in prison than as a free woman.

Then a second victim is found with the same calling cards left at the scene: champagne and a single red rose. Only D.D. may have seen the killer, but she recalls nothing from the night that may have cost her everything.

Our father was Harry Day, an infamous serial killer dead for over forty years. The Rose Killer knows things about my father he shouldn’t. All I know is my family still has the power to hurt me.

Now D.D. is back on the hunt. Because the Rose Killer isn’t just targeting lone women, he is targeting D.D. And D.D. knows there is only one way to take him down:

My Review: Detective DD Warren is back in a new addition to this series and I was looking forward to catching up with her. The first few chapters actually gave me the chills and before you knew it instead of DD being at the forefront, she is recovering from a serious physical injury which leaves her in no state to work. This was the first thing that was odd, was that the DD of old was no longer physically present so it made for a different type of read. We see DD on the back foot as she desperately tried to piece together her last memories before entering her last crime scene. The crimes in question are themselves chilling when reading about them, and as usual Lisa Gardner has the ability to make you squirm when reading what the latest sick and twisted murdered has done. In this case bodies are turning up along with champagne and a single rose.

The story has a few layers to it and we meet Dr Adeline Glen, who is a somewhat oddity to the norm as she has a condition meaning she feels no pain. The secret she holds is that her sister is a notorious child killer and is serving the rest of her natural life in prison. In addition to that their father was an infamous serial killer, and although dead for many years still has a rather sick cult like following. There seemed to be no room to breathe when I was reading this, as no sooner had one thing happened, the story took you to a different element and drew you straight back in.

I was thoroughly engrossed from start to finish and although I had a sneaking suspicion (which proved correct) about who was doing what, the suspense and writing itself kept me hooked from beginning to end. Lisa Gardner has consistently produced great crime thrillers and this latest one is no exception. There is plenty of action, plot twists and suspense to keep you up until the early hours. She has once again left me swallowing the bitter pill that I now have to wait a whole year for the next instalment. Other than my ridiculous impatience, a first class book which shows just how talented Lisa Gardner is. This one is highly recommended.