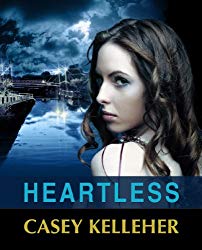 Synopsis: Free from prison… but still trapped in a nightmare…

Having been locked up for a murder that she didn’t commit, Sophia O’Hagan is now determined to take back what’s hers. Sophia has been robbed of eight years of her life: a life that she should have spent with her beloved Tommy. Now, Tommy has gone and Sophia’s family has been torn apart. She knows that she will never know true freedom until she confronts the painful ghosts of her past.

Kat’s Review: I was extremely excited to get an early copy of the new release (due out 7th September 2013) by Casey Kelleher. The synopsis was enough to whet my interest, but within a few chapters I needn’t have worried as the story completely drew me in.  The beginning starts us off with Tommy and his twin brother Jonathan as youngsters. At around the same time, young Sophia is battling with her current home situation. One situation is what enables the three to meet, but they have no idea how much them meeting will change all their lives.

Casey Kelleher seems to be improving her talent with each book she writes and it seems that this current book has taken her into the next league of her career. The story instantly drew me in and the one thing I really noticed was the difference in the characters. Casey has self-published up until now, but with this latest one it puts other (currently published) authors to shame. She has managed to depict the ‘evil’ characters as just that, pure evil!

There was only one thing that I think could have helped the book and that is a timeline. We see Sophia as a young girl and then many years later as a young adult. Although the timeline would have helped, this certainly didn’t detract from the story. The plot kept winding up the tension and I literally didn’t want to put this one down. After reading this book, I can honestly say that Casey Kelleher has now placed herself firmly in the world of British Crime Authors; one which I think is totally deserved.

The characters are brilliant and although this book does have a conclusion, I can actually see a second book coming from this (maybe that’s wishful thinking). Overall, this book is everything you want from a gritty British Crime book and I don’t think any of her fans will be disappointed. I for one will b crossing my fingers and excitedly waiting for the next one.

One thought on “Heartless by Casey Kelleher”