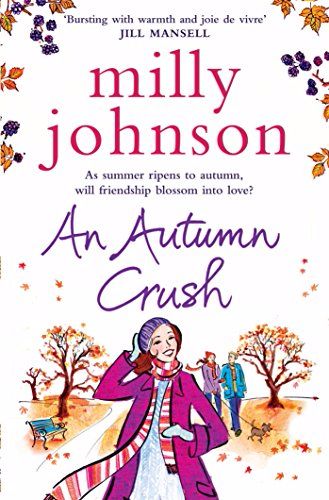 I had never read a Milly Johnson but was looking forward to it after a combination of seeing the cover, reading the synopsis as well as the rave reviews on Amazon. It took me less than two chapters to absolutely fall in love with the brutally honest but loveable Juliet Miller. Her quest to find a flatmate works out well as we meet the second female character of the book Floz Cherrydale. Floz is the polar opposite to Juliet as she is quiet and a little bit withdrawn but a lovely girl.

We also meet Juliet’s twin brother Guy and his best friend Steve. Guy is a chef that is working for a pig of a man and in his spare time he wrestles with his friend Steve. Steve is a wrestler who would love to do his job all of the time but with the declining interest in the sport has to settle for plastering as well. Steve and Guy are fabulous characters and with the unusual nature of the wrestling in the story it made it that littler bit more interesting.

The book flows really well and at an easy pace where you become wrapped up in their normal world with a little bit of excitement added when the girls watch the wrestling matches that Guy and Steve take part in. After seeing Juliet and Steve’s disastrous night where they get drunk and end up in bed the story gets that little bit funnier too.

I loved the characters and the fact that this story was about four normal people who have different goals and their personalities make it very interesting. The one element of the story that surprised me was the one involving Floz and her secrets from her past, and this extra nugget of information made me read much quicker in an attempt to find out what it was all about.

When I reached the ending I was smiling from ear to ear as the book panned out exactly as I had hoped. I thoroughly enjoyed my first Milly Johnson book and have already got another couple waiting to be read. It reminded me slightly of Carole Matthews in her early days and I am really looking forward to the next one.